Plan in advance your future! Apply by January 24th and get 10% reduction on the total tuition fee.

Your opportunity to get to know Domus Academy. Discover the New International Double Award Master’s. 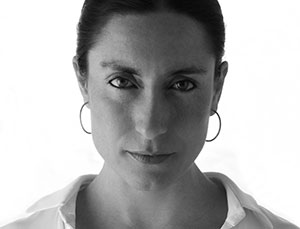 Mercedes Jaén Ruiz was born in Elche (Alicante, Spain) in 1973 and graduated in Industrial Design from Universidad Cardenal Herrera in Valencia in 1997. In 1998 she moved to Milan, where she obtained her Master’s degree in Product Design at Domus Academy after obtaining a scholarship from Impiva (Valencia).

Mercedes Jaén Ruiz was born in Elche (Alicante, Spain) in 1973 and graduated in Industrial Design from Universidad Cardenal Herrera in Valencia in 1997. In 1998 she moved to Milan, where she obtained her Master’s degree in Product Design at Domus Academy after obtaining a scholarship from Impiva (Valencia).

She predominantly collaborated with Michele De Lucchi and developed among others projects for Intesa Sanpaolo, Telecom Italia, Camper, Zambon group, Design Gallery, Produzione Privata, Rancilio, Mondadori, Olivetti and Corraini Edizioni. She also collaborated with Defne Koz, Sottsass Associati, David Chipperfield architects and Future Concept Lab and with Pepe Gimeno and Punt Mobles in Spain. In 2000 she founded Aerolito studio with Ricardo Espinosa. In 2001 she was invited as an artist in residence from the Gifu Prefecture in Japan. In 2009 she was selected for the first International light festival Led in Milan with the project Milano Merletto.

In 2003 she won the Design prize Injuve given by the Spanish Government in the design section and in 2002 she was selected in the graphic design section with Aerolito studio. In 2003 she won ‘Premio Nacional de diseños no aburridos’ with a jewellery project. Silver prize at the 1st International Carpet Design Competition held in Japan in 1999 and honorable mention on their second edition.  In 2002 she was awarded 3rd prize in the first edition of the Porada International Design Completion. She lives and works in Milan.

REGISTER NOW
GET YOUR INFO KIT
Fill in the short form and receive information regarding our Postgraduate Programmes, admission procedures, campus facilities and scholarships.
AUTOFILL
Contact us
INFO KIT
Call us +52 5530210202
CALL US
Chat with us
CHAT WITH US