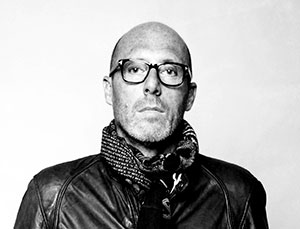 Christophe Pillet is a French designer who has won international acclaim for the range and quality of his creations. Architecture, objects, furniture, art direction: his signature is invariably associated with the finest brands and with projects of ever-increasing weight and prestige.

Christophe Pillet is a French designer who has won international acclaim for the range and quality of his creations. Architecture, objects, furniture, art direction: his signature is invariably associated with the finest brands and with projects of ever-increasing weight and prestige.

From transforming the Lancel boutiques across France and the world, to designing the new Hotel Sezz in Saint Tropez and the restaurant Maison Blanche in Fes and Casablanca, to creating stands for Renault at international automobile shows, the scope and the variety of his projects share a common attitude that is independent of scale.

Whether in his former role as design director for Lacoste, or in his long-term collaborations with Driade, Cappellini, and Emu, Christophe’s considered interpretations have served as a testament to high-voltage chic, distinguished by precision and rigor.

Christophe’s ranges were originally Italian. There were certainly few places as magical as Milan for designers in the 1980s. Having earned a Master in Product Design in 1986 at Domus Academy, he became part of the Memphis group (as an assistant to Martine Bedin and Michele De Lucchi) when they were leading the vanguard of a new approach to design.

Upon his return to Paris, Christophe was involved in developing the Starck agency. Having graduated from extra to actor, he would take on the role of director in 1993 with the creation of his own agency. In the same year, he was nominated as Designer of the Year at the Salon du Meuble de Paris, and his independent career was launched.

His personality and his career offer distinctive characteristics. After graduating from art school in Nice, he initially launched a music career: he has retained a taste for certain rhythms and time signatures, as well as a search for harmony.

Discover the exclusive projects created by Christophe Pillet during his professional career.