It’s Open Day time on June 9th! Join our School in Milan during the Design Week or attend the event online.

Get your info kit APPLY ONLINE

The Master’s in Interaction Design programme is workshop-based, supported by seminars, lectures, tutorials, and fieldwork. Industry professionals, the programme leader, and project leaders will guide you via individual coaching and mentorship.

The combination of accredited coursework and real-life professional projects gives students the opportunity to build on their academic foundation, while gaining valuable work experience directly applicable to their future careers.

Students can apply to the Academic Master’s Programme, accredited by the Italian Ministry of Education, or to the Master of Arts degree with an international UK validation.

Graduates of the Academic Master’s Programmes earn a degree that is recognised throughout Europe and the world, receiving an Academic Master’s Degree (60 ECTS credits) accredited by the Italian Ministry of Universities and Research (MUR)*, in addition to a Domus Academy Master’s Diploma.

The programme consists of 5 modules, including a curricular internship and a final project workshop.

The Double Award Master path allows students to obtain an Academic Master validated by the Italian MUR and a Master of Arts, with international validation in the UK from Regent’s University in London.

Students integrate additional lectures and a more in-depth individual project to their 5-module programme that includes the curricular internship and final project.

The UK validation gives students more international recognition of their course of study and the opportunity to obtain a Master of Arts Degree (90 ECTS) awarded by Regent’s University London that allows them access to most international doctoral programs.

Within their academic year, students enrolled in the Double Award Master’s Programme, have the opportunity to spend a week at Regent’s University London for a London study trip experience, with special teaching activities and visits to the most significant sites for creative trends. During their stay, students will have the opportunity to take part in tours to discover London’s most iconic places, museums and galleries.

Interaction design is about creating a product, service, or space that people will interact with through an intuitive visual and haptic (tactile) interface.
In the Master’s in Interaction Design programme, you will learn to define problems and solutions in the field of interaction and user experience.

As you create enriched experiences through innovative technology, you will be encouraged to transform your original design visions into market opportunities.

The program is addressed to candidates who have a first-level degree and/or professional experience in design (product, visual, graphic, media, or web design) or in architecture, computer science, or engineering.

It is also open to candidates with experience in communication science, psychology, sociology, or equivalent, if they are motivated by interest in information design and have a strong portfolio.

All courses are taught in English. A high level of proficiency in the English language is required.

Requirements How to apply
CAREER OPPORTUNITIES

Interaction design is a rapidly growing discipline increasingly in demand across the private and public sectors. Graduates can find roles at established companies or launch a career as self-employed consultants and entrepreneurs.

The Master’s involves the following costs, in addition to the payment of a degree fee to be paid within one month before the course start date, equal to € 540 for the Academic Master’s Programme and € 650 for the Double Award Master’s Programme. 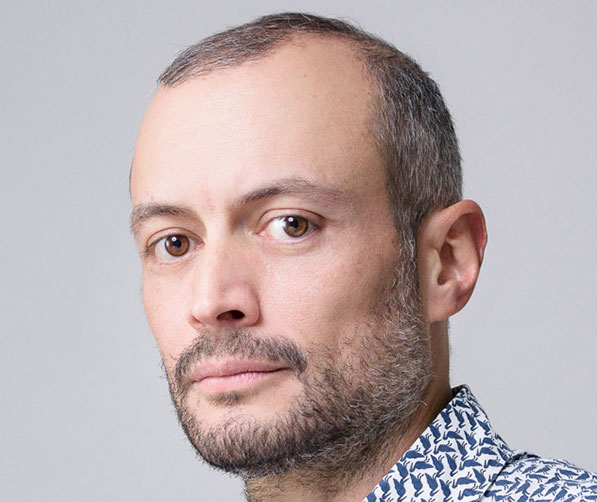 After earning his Master’s in Architecture from the University of Florence, Michele Aquila became a partner of Interaction Design Lab Srl, where he led service and interaction design projects for clients in the public and private sectors.

After earning his Master’s in Architecture from the University of Florence, Michele Aquila became a partner of Interaction Design Lab Srl, where he led service and interaction design projects for clients in the public and private sectors. In 2011, Michele founded U10, a studio specializing in online publishing and new media. He then launched Tweetbook, an award-winning online service that publishes ebooks based on Twitter conversations.

Michele previously taught design courses at NABA and the Istituto Europeo di Design. He joined the faculty of Domus Academy in 2016 as the program leader of the Master in Interaction Design.

Join the portfolio-based competition and get a scholarship for November 2022 intake.

Each scholarship covers up to 5.000 € of the total tuition fee for the Academic Master’s and up to 5.500 € for the Double Award Master’s.

REGISTER NOW
GET YOUR INFO KIT
Fill in the short form and receive information regarding our Postgraduate Programmes, admission procedures, campus facilities and scholarships.
AUTOFILL
Contact us
INFO KIT
Call us +52 5530210202
CALL US
Chat with us
CHAT WITH US
WHATSAPP