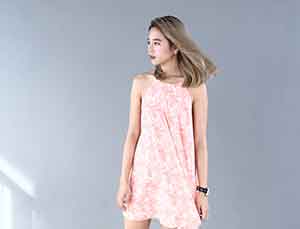 Born in Thailand, Ployprom Chongkolwatana earned her Bachelor of Fine Arts in Multimedia Design at Silpakorn University in Bangkok, 2010. During her second year, she launched her design career, starting out as a freelance graphic designer and website developer.

Ploy earned her Master in Visual Brand Design at Domus Academy in 2018. Then she worked as UX/UI and visual designer at AKQA, a global agency that specializes in creating digital services and products. She is currently working as Product (UI) Designer at Smava GmbH, in Berlin.

“I believe that life is all about changes. That was the reason why I had decided to leave my stable life behind and moved from Bangkok to Milan. I had a background in digital media and decided to enroll in the Master in Visual Brand Design program at Domus Academy. During my time studying at Domus Academy, I discovered how to utilize my capabilities to my maximum potential, and I learned how to manage tasks (and have fun!) with international students from all over the globe. We are coming from different experiences and backgrounds, but differences make life more interesting! I am grateful that I have the opportunity to learn, share, and grow among these open-minded people.”

“After graduation, I have the opportunity to join the world’s leading company as a creative designer with AKQA. I can keep expanding my experience in digital media and getting accustomed to Italian culture simultaneously. I cannot imagine that my life would have come this far without Domus Academy. Grazie mille!”

Learn to define problems and solutions in the field of interaction and user experience through innovative technologies.

Design new services and user experiences that improve the interactions between service providers and customers by developing your skills in problem-solving, storytelling, and design thinking.

Design innovative ways to communicate a company’s brand values and story to its customers through physical, digital and social media.

Deepen your skills in storytelling, prototyping, problem-solving and business design.

Learn how to create integrated graphics and engaging narrations based on customer needs.